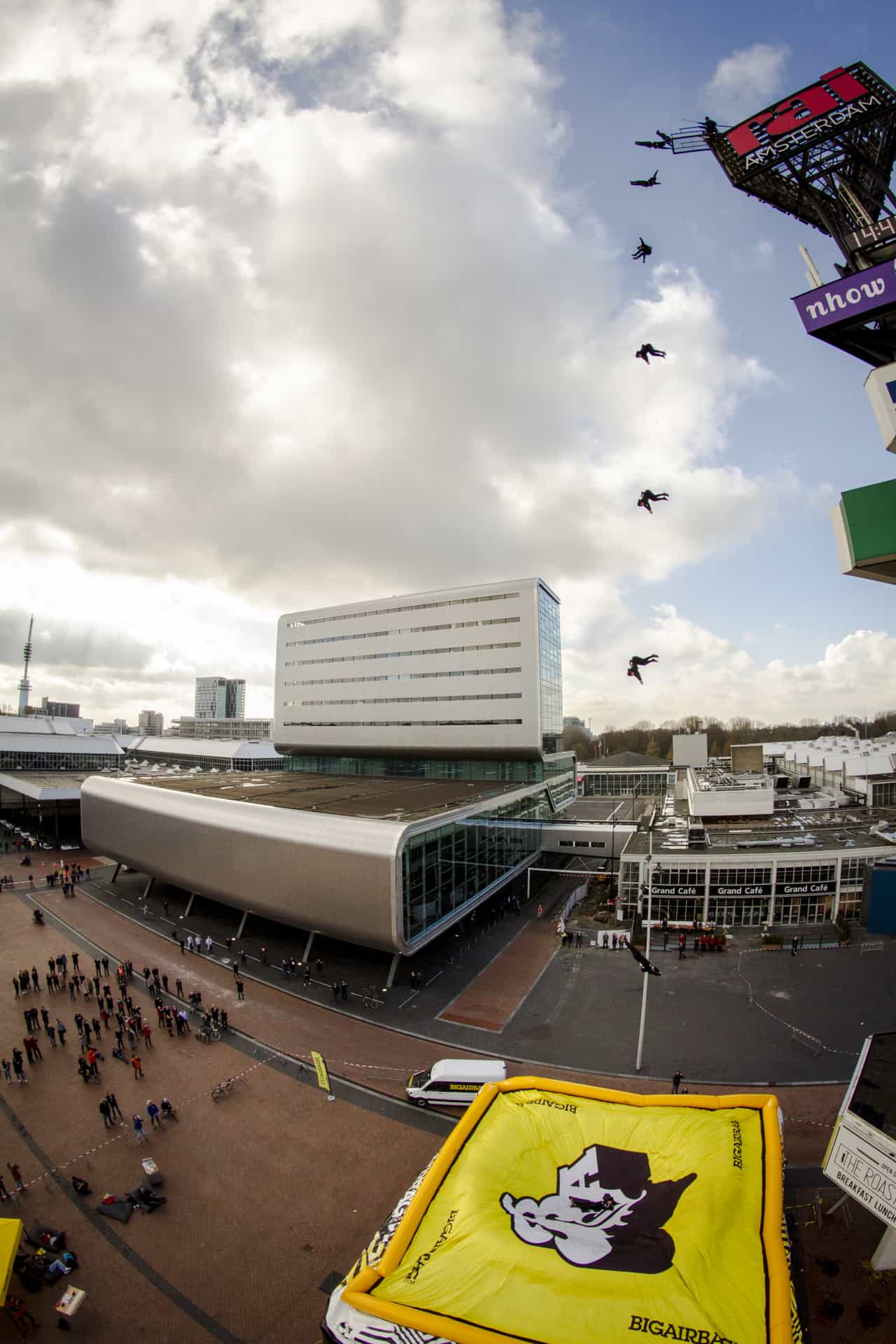 By Lucas Rutten9 januari 2018No Comments

Cris van Schijndel broke the record as he did the perfect jump of the 60 meter high RAI Signaal tower in Amsterdam. After months of training, it all came together to March 6th 2017. After warming up and gradually building up the height with a crane, Cris became the first athlete to successfully land a 60 meter high jump in to the airbag.

Not only that, but he did it with such style! As he stepped up to the platform, he simply asked “is my GoPro on?” and when this was confirmed, he did a handstand(!) and jumped from that position! Cris, you are now officially our personal hero and we cannot be more proud to have you on our team!